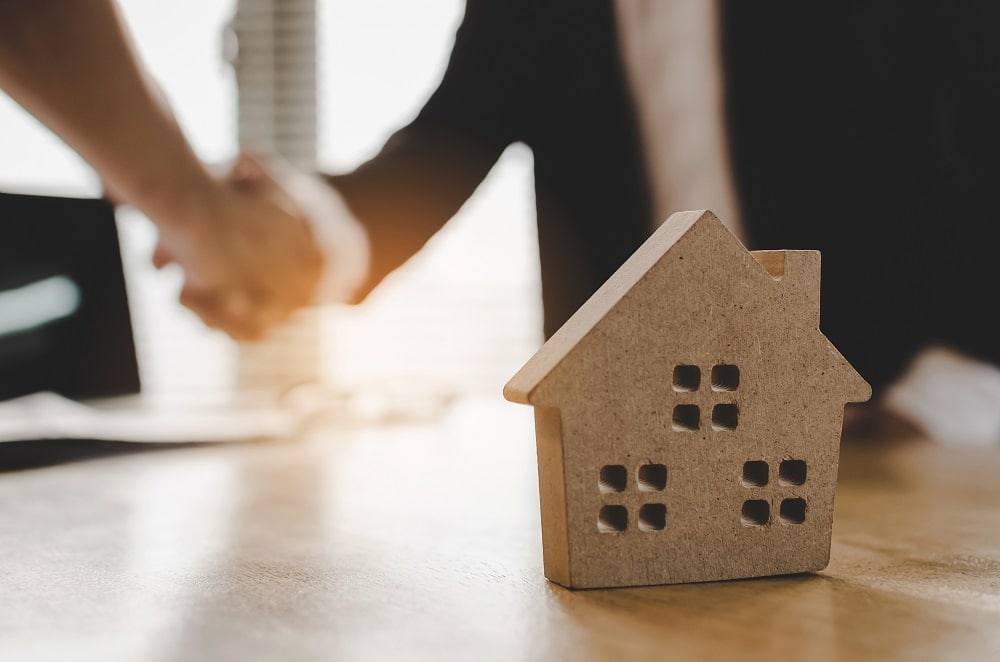 The first way will also BENEFIT YOUR INVESTOR

My first way to increase your spread will also benefit your investor buyer.  They’ll appreciate your offer and respect you even more, so listen up!  You’ll be allowing them to NOT bring as much capital to the closing allowing them to utilize their capital on another one of your deals or someone else’s deal. Meanwhile you’re collecting a larger spread.  How so, let’s get into it!

Let’s imagine that you’re about to make $20,000 on this deal.  The property is going to be a long-term rental for the investor, so he/she will be holding on to it for many years, or plans to anyway.  We know things can change in a year or 5, but for now they plan on holding it for a very long time.  Although what we’re about to offer this investor works for someone with all cash, in this scenario the investor is getting a loan.  Their current rental loan rate is 6.5-7%, which is very common right now at the time I’m writing this.

For simplicity, let’s say the house is currently under contract with the investor at $100K and the wholesaler has it at $80K, $20K spread (let’s ignore double close or assignment, but both would work).  The house is worth $120k, the investor planned on getting his loan for $100,000 but must bring 20% to the table due to what his lender required.  So that’s $20,000 the investor would have to bring to closing.  The lender is charging the investor 2% origination and 7% interest.  The investor is now going to be paying 2% on the $80,000 from the lender plus 7% annualized interest.

Here’s where you can bring value to the investor and MAKE MORE MONEY over time. 😊  Since you have that $20,000 spread owed to you, you can now turn this into a NOTE with the investor allowing the investor to in essence keep that $20,000 they were about to come out of pocket at closing. You can charge origination OR you can just charge let’s say 6-7% interest (whatever you guys agree on) on your $20,000.  You’re now a lender on this property to the investor.  Let’s say that you don’t choose to charge origination, merely 7% interest and allow the investor to pay over 10 years.  Here’s where it gets cool!!

You now just became a lender who has created PASSIVE income for yourself collecting monthly mailbox money.  Instead of you having to show that you made $20,000 to the IRS that year, you only have to pay taxes on what the investor paid you for that year.  There are many benefits to this, but I’ll save those for later.  So now the investor is paying you $232.22/month for 10 years (which the durations is always negotiable, this is just an example).  Assuming no future sale before the 10 years, made every payment, you now just made your $20,000 fee PLUS $7,866.04 in interest for a total of $27,866.04.

So where does the Investor benefit from this?  Let’s imagine it’s a common investor, doesn’t have millions of capital in the bank and generally buys a handful of rentals per year.  They’re limited on their capital but want to buy far more rentals.  By offering the investor this option, you have allowed them to keep their $20,000 in the bank.  They can now RIGHT AWAY find another property similar to this one but have to put the $20,000 down.  Now, for the same $20,000 they had in their bank, they are able to buy 2 properties instead of just 1 property!!  Now you’re starting to see the benefit here of offering this to your investor buyers.  Once you show the value of this to your buyer, don’t be surprised if you hear some investors say “I would have easily paid origination or higher interest to have this opportunity again”.  So think about that…you could later start charging 1% origination or 8% interest.  You could also (even better) just increase the purchase price by $1,000 making your spread $21,000 vs the $20,000 for giving the investor this opportunity, making your 10 year final profit $29,259.34 or $1,393.30 MORE by increasing the purchase price up $1000 for allowing them to keep their $20,000 and pay you over time.

I stole this from my friend, so I can’t take credit on this one. 😊  But hell, I might as well share and hope it adds some value to many of you.  This one involves changing up your contract or adding some language in the special stipulations of your contract about the property taxes.  This MIGHT depend on the state and how property taxes are paid.  So let’s dive into it.

Let’s say that the property taxes for said property is $2000 for the year.  You just happen to double close on July 1st, so you now get $1000 CREDIT from your seller for 6 months.  Your end buyer pays for the full year of property taxes which leaves you with an EXTRA $1000 on top of your assumed spread.  That alone would cover your closing costs and then be similar to assigning the deal and not paying closing costs.  So this is yet another way to make small changes, collect small amounts but with volume and over the course of a year it adds up quickly!  If you did this 2x per month, for 12 months, you just increased your gross revenue by $24,000. 😊

If anyone is looking for Transactional Lending for your double closings, please reach out to me anytime.  I’ve got nearly 50 Google Reviews, ALL 5 star!  I’ve also got video testimonials on my website of legit folks that you can also reach out to further vet me out.